I was in Bordeaux, on a wine trip. Which started not in a cellar, but at a pâtisserie. Until a few years ago Canelés, those small round, caramelised cakes smelling of rum, were only known by insiders, whereas now they are a thing and regarded as one of the city’s landmarks. Ah well, I had to be patient. Then, the next day, at the first château: Canelés! This time in several savoury versions, ranging from smoked salmon with wasabi (paired well with Sauvignon Blanc) and duck confit (really good with all the red wines) to chorizo and truffled ham (both too dominant)… When I made it to Fromagerie Deruelle that evening, the cheese place in town recommended by just everybody I asked, in Rue du Pas-St-Georges, first thing I saw were – Canelés! Small goat cheeses from the Poitou made in the characteristic fluted shape, under a bell jar. As you can imagine by far my favourite version. Elodie Deruelle, in her late forties and brimming with  cheerful enthusiasm for her métier, founded the fromagerie eight years ago. Originally from Burgundy she seems to have excellent connections and has built up an impressive, well-kept selection. She created the new Canelés together wit Benoît Roux from Ferme de lane Vert in Poitou; their texture is dense but not dry, slowly melting on the tongue, releasing complete, mineral aromas. When youngish and soft, they pair well with one of the more serious white Bordeaux such as 2016 Château de Rochemorin, a Pessac-Léognan from André Lurton. More mature and dry they are perfect with red wine – I encountered 2012 Agassac from Haut-Médoc in connection with chocolate (at Saunion, with tonka bean ganache – wow… that’s a different story), but it would have been very happy with these cheeses. And I would have been just as happy, as I generally was in Bordeaux and its surroundings where there is so much more and new to discover. 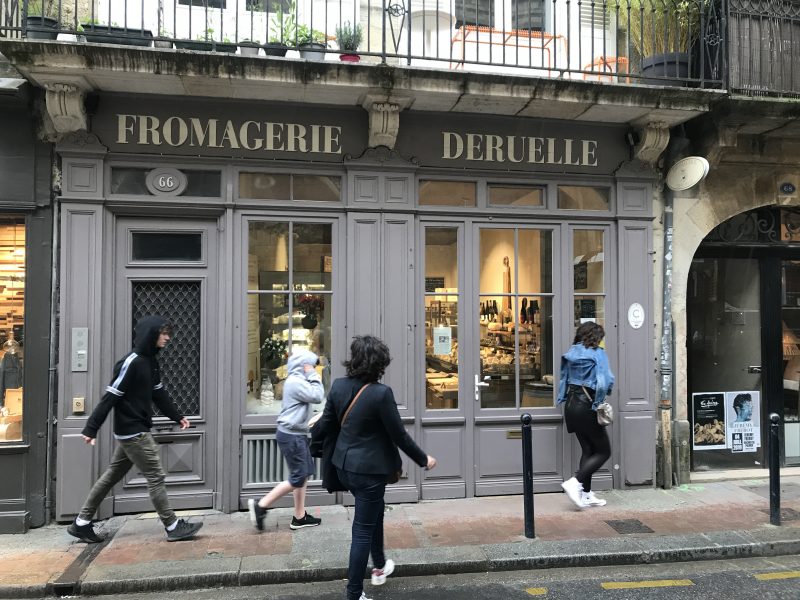