In “classic” performance art, food has long found its place as an artistic medium; one of the earliest and most spectacular stageings being Meret Oppenheimer’s “Cannibal Feast” (1959), or, much more recently, the work of Alicia Rios. As a chef and sommelier, the author approaches the subject from the very opposite direction. She argues that performance elements, if taken as tools, can be of great value for tasting and cooking. Confronted with the everyday in a slightly unfamiliar way (the very definition of performance art), not only tasters but also chefs can be challenged to rethink and reexamine objects and acts and thus escape the tunnel vision of their profession or occupation. Her points of departures are two such “food performances”. The first is a cheese and wine tasting she organized and moderated (“performed”) herself during the Month of Performance Art in Berlin in May 2014, during which participants were not allowed to take the cheese and wine into their mouth or touch it with their tongues. The other is a scene from the Danish chef René Redzepi’s Journal (2013), that achieves a similar effect and which she analyzes as a deliberate, spontaneous performance act (instead of just an example of focussed imagination), aiming to cajole the audience/chefs present to think out of the box, in order to transcend deeply engrained notions of “right” and “wrong”.

Go read: Yes, it fucking worked – Using Performance in Cooking and Tasting, a piece I wrote about food and performance art for the online magazine p-e-r-f-o-r-m-a-n-c-e. 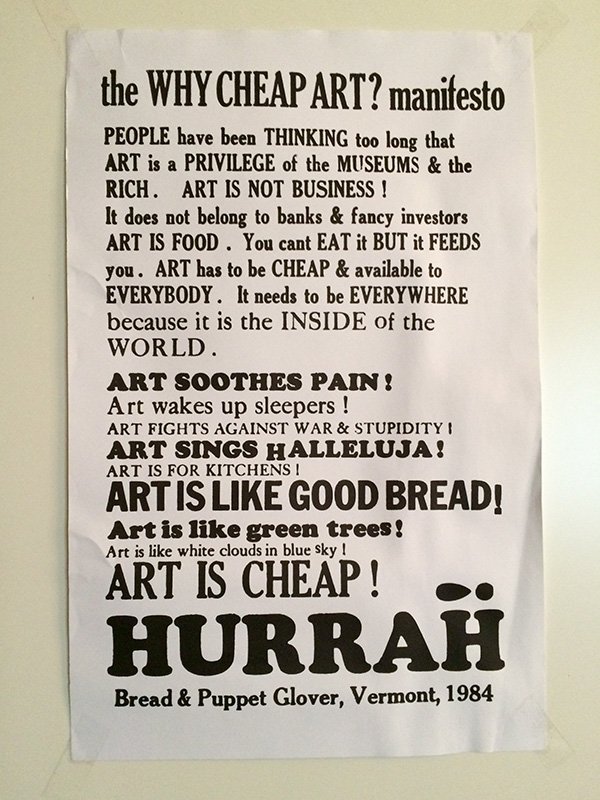