Heinzelcheese took German and Austrian mountain cheese as well as a selection of Rhine Riesling down to the Slow Food Cheese fair in Bra/Piemont, and promised to return with the finest, most unusual cheesy stuff, just for you. Sounds good? Was good. We discussed how a cheese gets drunk (no, not in your stomach, way before!), and, as usual, much more. 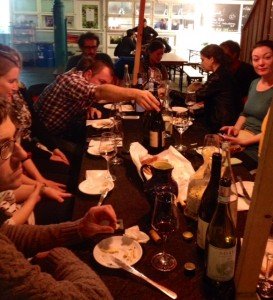 The Cheese fair (of which the Berlin version will take place at Markthalle Neun on November 1st – mark your diary now) is one the most exciting events, as it brings together cheese makers, affineurs and mongers from all over the world. It’s one long weekend in the picturesque (and otherwise pretty tranquil) surroundings of medieval Bra filled with cheese talk, tastings, discoveries, laughter and joy.

I came back with a ton of cheese (so glad the airport people at Malpensa are generally relaxed…) of which I brought you the ubriachi, the “drunken ones”. Apart the fact that those cheeses matured in vinacce, pomace (what is left after pressing the grapes during winemaking), have long fascinated me, the inspiration for this decision came from a cheese Peter Siener, winegrower in Birkweiler/Pfalz, surprised me with at my last visit. He poured me his 2009 Birkweiler Spätburgunder and said, very casually, “Oh, by the way, I have several wheels of Swiss Alp cheese that have been stored in this wine’s Trester… would you like to taste?” Well, you bet Heinzelcheese did. It was very mature and developed, all the nutty sweetness gone. It wasn’t helped by its red companion wine, as we found out together, as it couldn’t cope anymore with its tannins (however, I tasted it again with a young, rich, honey-flavoured Grauburgunder from Daniel Schmitt/Flörsheim-Dalsheim, which acted like a breath of fresh air).

Together we found out in how many different ways cheeses interact with grape skins. You all loved Occelli’s rich, sweet and fruity Bra al Barolo with the Langhe Nebbiolo from Mauro Molino (and discovered how a rather salty Bra Duro from the Rabbia family was much better with the Suff’s lovely Soave!). We had Paški Sir from the Croatian Sirana Gligora, a traditional sheep’s milk cheese from the island of Pag, both matured with and without vinacce. We did the same comparison with a Cacciovallo from Puglia I had discovered at the (beautiful, highly recommended) covered market in Turin. Here the grapes’ impact was most discreet, adding a fruity roundness, complexity and making the cheese a little softer and approachable; mollified, in a way. In a nice case of total serendipity, Wernher had brought a Primitivo Apassito from Puglia – exactly the wine used for the cheese – brilliant. Finally, you, we, all fell for the divine, in the shape of Roccolo Divino, a newish creation from CasArrigoni in Valtaleggio/Lombardy. Like Tomme Crayeuse from the Savoie, this is a semi hard wheel which intentionally stays crumbly and acidity-driven in the center while breaking down to mushroomy creaminess under the rind. For the Divino version the cheese had additionally matured (and was covered) in Raboso pomace. Delicious.

As usual, I didn’t really manage to take pictures of the cheeses before the tasting (it’s a one-woman-show, after all, and pouring and cutting for you is my priority), but here is what was left – and the empty bottles… See you all soon, my lovely, motley cheese lovers crowd. Grazie tanto. 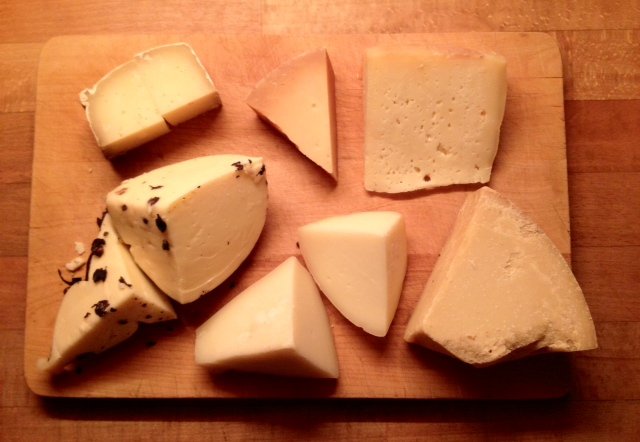 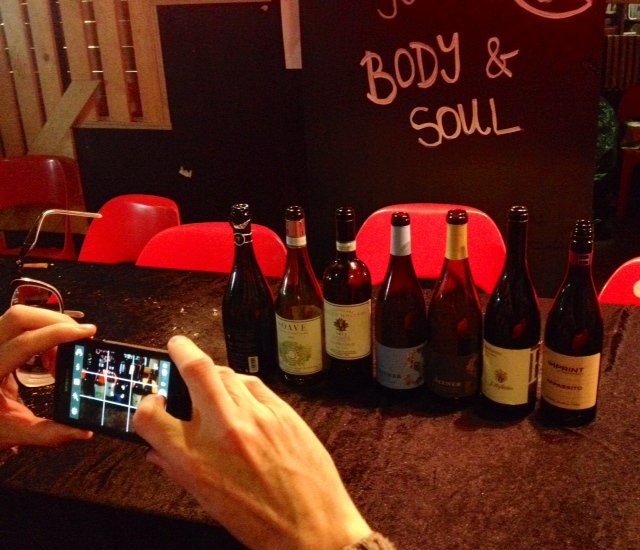 HeinzelCheeseTalks take place regularly, usually on a Friday at 6pm at Markthalle Neun in Berlin-Kreuzberg. I bring some interesting cheese, open a few bottles of wine, and we sit around the large table opposite the Suff wine stall, tasting, drinking, talking, discussing (mostly in German – but we usually manage to cater to English speakers too). Invites are sent out about ten days before we meet, to a mailing list you can join here. Reservations need to be confirmed and are strictly by first come first serve – so be quick! And please do let me know if you can’t make it – there is always a waiting list.  A donation of ten euros per person (or one or two euros more if you really had a lot of fun…) is much appreciated. Cheesio!