Immediately after the Salone del Gusto, a week spent in and around Turin, a HeinzelCheeseTalk on Piemont AND the Cheese Berlin it’s almost impossible to settle on one single cheese of the month. There were so many great characters to discover! But this is the kind of luxury problem Heinzelcheese enjoys, and as you seemed to be pretty clear a few days ago on your favorite, the cheese of the month is… Montébore!

Some of you might now think Monte-what? And I can’t blame them at all. Until very recently I had certainly seen this round layered pyramid from remote Vallenostra, the Piemont region’s utmost southeast on Monte Giarolo. But I always thought of it as a gimmick, those three, sometimes five flat round cheeses which are made separately and stocked up the following morning to a kind of gateau. Some explain this with (rather wild) stories about Leonardo da Vinci, Isabella d’Aragona and La Gioconda, others mention the Saracens (always helps to blame the foreigners) – my guess is that a cheese maker just had different sized moulds, or milk left over, or felt like it.

Be that as it may, this historic cheese with medieval roots had all but disappeared in the early 1980s, until a Slow Food presidio helped to revive it towards the end of the 1990s. Aged three to four months it looks pretty rustic, with mites very much part of the picture. But the taste… is full of life, elegant, refined. Officially it is made from two thirds cow’s milk and one from sheep, all raw, but I think in real life this means: we just use what we have, as provided by our herd. And the composition of the herd in turn is defined by the pastures… Which corresponds exactly to the idea of terroir, translating landscape into taste. 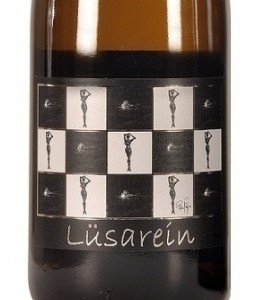 Talking of terroir: Giarolo borders onto Liguria and has much more to offer than „just“ cheese. At the Salone del Gusto I managed to get into a Laboratorio that included fascinating white wines from the ancient local variety Timorasso, amongst them a smoky, stony, totally great 2012 Spumante from Poggio Azienda Vinicola called Lüsarein – wow. And as for the Montébore this is a project that has brought some glorious past into our present lives.