To be able to experience the past in a kind of time machine instead of just reading about it is for me one of the most exciting experiences ever. And ever since my first Turkey trip (I know, it took me an awfully long time to make it to the Bosporus), the close connection  with the historic beginnings of our civilization has been one of my main fascinations there. And yes, „experience“ does include wine, a serious advantage in the Heinzelcheese universe (it also includes cheese, but that’s a different story for another day). 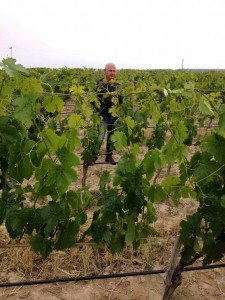 Of course the contemporary wines made from ancient varieties such as Öküzgözü and Boğazkere taste very different than at Assyrian, Aramaic or Hittite times. But the connection nevertheless still exists, and wine after all is necessarily a cultural product and as such the expression of the conditions under which it is made. My fascination started with Öküzgözü from Elazığ in the far east of Anatolia, where the Euphrates‘ sources are (read more about this love story here). Then a red wine from Cappadocia landed in my glass (here is more about that encounter). On its pink-pop-modern label red hot air balloons were sailing. Since then I learnt that Cappadocia is situated right in the center of Anatolia (making for arguably the most propitious wine climate of all Turkey) and that this region really is as beautiful as shown on all the advertising (just to get this out of the way). 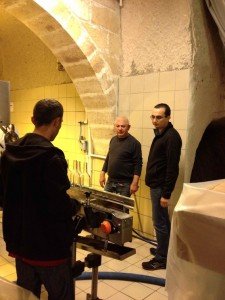 And that there really are a lot of balloons up in the sky in the very (wine incompatible) early morning hours; however they are a rather modern phenomenon, as they seem to have been „imported“ by a Dutchman only about 15 years ago. Much older and time-machine-exciting are the caves which have been carved into the soft, but very sturdy tuff stone that form entire villages and are used up to the present day as storage space, living quarters and hotels (Taşkonaklar in Uçhisar!). Christian refugees were hiding in them over a thousand years ago – Göreme with its impressive churches is a must to visit. Caves is in fact a misleading, almost disrespectful term, evoking primitive standards. Actually it is just the opposite process of building a house: instead of creating something where there was nothing, everything is there to start with and you literally make room. 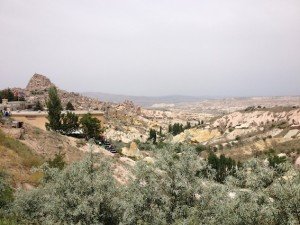 Well, yes, I could go on and on about Cappadocia, its landscape and history. Mais revenons à nos moutons – wine! Of course, the caves are particularly well suited for wine. The Kocabağ estate near Nevsehir is, as is so often the case in Turkey, a mixture of old and new; the pop-pink balloon wine, a Öküzgözü/Boğazkere blend arguably is the most modern expression of these ancient varieties at present. At its origin are three men: the Austrian wine entrepreneur Laurenz Moser, the Istanbul businessman Memo Mizanoglu and Memduh Erdoğan, who is at the helm of the 35 hectar family estate. His father was a farmer who in the early 1970s suddenly couldn’t find a buyer for his grapes and therefore started making wine. 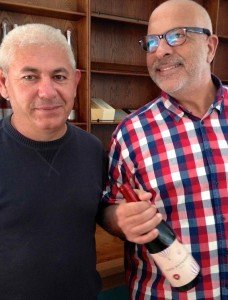 In striking and in my eyes positive contrast to most other Turkish wine producers, the focus since the mid-1980s has been, besides a small quantity of Cabernet Sauvignon, entirely on indigenous varieties (there are plans for new vineyard plantings of Grüner Veltliner, but before anybody dismisses that as absurd: one of the best Grove I’ve recently tasted was at Dr Frank on the Finger Lakes in Upstate New York). Equally unusual: the vinification aims for fruit, not wood – hooray!  For the whites, Narince has more character than the very light Emir, whereas for the reds Öküzgözü is much more subtle than in Elazığ, and the  Kocabağ Boğazkere is undoubtedly the most elegant wine I’ve ever encountered from this usually tannin-loaden variety. 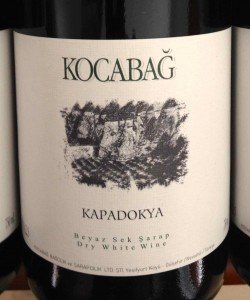 Also superdooper delicious: the salmon-gold-glowing rosé made from Kalecik Karası grapes, with the very fitting name Velvet (and the bottling I tasted a label whose ugliness defies any description – Memo, Memduh, Laurenz, please do something, this wine deserves better!). All the wines are great with food (dolma, sarma, lamb with apricots… fortunately my morning run included some sweat inducing hills). And the best news: you can, but you don’t have to travel to Cappadocia to experience all this: in contrast to what I wrote here earlier, at least some of the wines  are exported to Germany and can be ordered here. Time machine, beam me up and over.