Generally speaking Caerphilly doesn’t have a very good reputation in the UK. The blame for this mostly has to go to the large cheddar producers who cannibalized this fairly old cheese and turned it into a fast-maturing, boring cash cow. But there is an alternative, as brothers Todd and Maugan Trethowen demonstrate with their Gorwydd which is based on a traditional recipe, made with very good milk – and considerable talent. 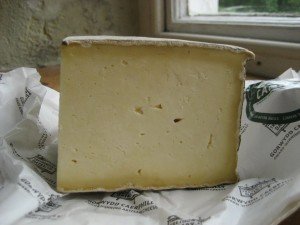 At two months it is white, crumbly and nicely sharpish in the centre, with about a centimeter wide yellow and more elastic rim under the thin grey woolly rind. Matured longer, this rim expands and makes for an ever more complex cheese that somewhat resembles a very good Tomme de Savoie. I visited the family in early July, during a much too short week’s stay in Wales (go there! totally underestimated! in every respect!). Gorwydd is situated in the panoramic Teifi Valley, on a sheep farm.

Everybody there keeps sheep, but they are very rarely milked. Since 19 years and five times a week Todd and Maugan Trethowan work about 1500 litres of a neighbour’s untreated cow’s milk into their round, almost palm-high cheeses. Since the superfriendly mid-40’s decided to use natural rennet, the result is even more creamy, with a lemon zest-like aroma. It reminds me of the very quiet, but still warm sunlight typical of early autumn days here in Berlin… This somehow fits the general picture, as in Wales almost anybody immediately seems to think of toasted cheese when Caerphilly is mentioned. Tasty, no question, in particular when it starts to get a bit chilly outside. But still: if you manage to get hold of a piece of Gorwydd (in the village shop, at Neal’s Yard Dairy in London or at Waitrose), first enjoy it as it is. But do experiment with the wine accompagnying it, because a lot of different combinations tend to work. Well, nobody ever doubted that the Welsh know how to drink (one more reason to visit them).

Postscript: In 2015 the Trethowans moved moved the dairy to Weston-Super-Mare in Somerset. 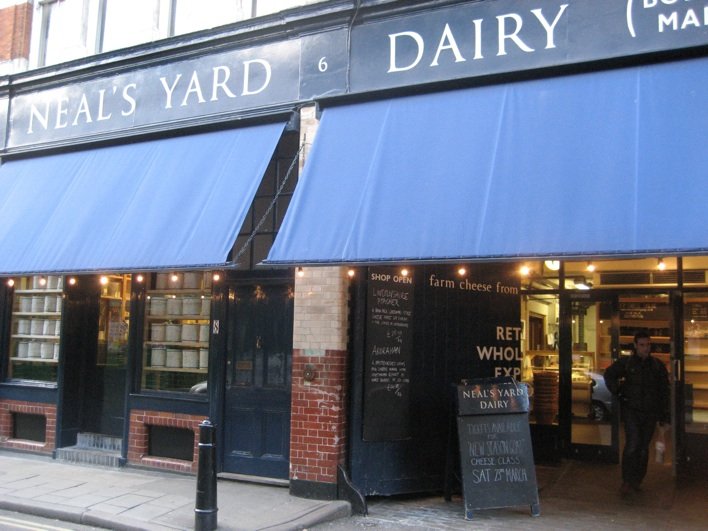