My friend Peter Klann, baker extraordinaire, died on March 28. I met him in spring 2002 while working on an article about oil. At the time he was operating a tiny artisan oil mill an hour from Berlin. When I went to see him to learn more (and taste his fantastic products from walnuts, linseed, peanuts, nigella, poppy seed and much more) he told me that his real interest, his soul, was in bread. And we actually met again two years later when bread had reclaimed him and became very good friends.

In spring 2006 the presentation of my first book took place at his newly opened bakery Soluna and the open, welcoming and friendly spirit reigning there made it a wonderful event. 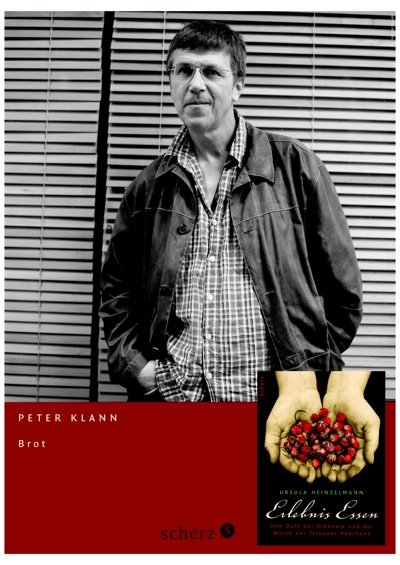 Last autumn I used bread as a point of departure for a lecture about German history at Willams and Middlebury College in Massachusetts and Vermont respectively. This is what I wrote about Peter:

Etymologically Brot, bread stands for the fermented (as opposed to unleavened flat) bread. This leavening can be done with yeast cultures from beer or wine making or sour dough. Sourdough originates in the spontaneous fermentation of a starter of flour and water, carefully cultured to enable lactic and acetic bacteria to multiply raising the dough, which adds to its aromatic complexity as well as making it more palatable. This plays a vital role when using rye which, compared with wheat, contains less gluten protein. Raising rye bread is as much due to kneading and the development of a protein framework as it is to swelling polysaccharides, furthered by the sourdough cultures. Time and dedication are essential in this. Soluna’s trademark bread, Rundling, is a rustic rye sourdough without any adornment, and Peter Klann certainly is a quiet, non-hurried man. Born in Cologne and now in his mid-fifties, he took some time to reach this detachment. The son of a baker, he initially categorically refused to follow in his father’s footsteps and toured with rockbands as a roadie in the Netherlands. However, in the early 1980s, he started to long for „something more real, working with my hands“. He learnt how to make bread with Heinz Weichardt in Berlin. „There were always interesting people around. One master was Chinese, another chap from Madras. We were all hooked by esoterics and after all bread-making – humid, warm, dark – besides all the physical work is also a sensual experience.“ He says that back then he learnt not to dominate the baking process, instead feeling his way into it. „You have to yield yourself to it completely, work through the hands with your soul, then you’ll get something of yourselves back. Bread is elementary: you need fire, water, air, earth.“

Today, real bread baked from scratch is almost a luxury product, although German bread-making traditions are so complex that there is less of an avantgarde feeling than in the English speaking world, as witnessed in publications such as Art of Eating (on French bread) or Lucky Peach (#3 chefs passing on sourdough starter etc). In Germany sourdough is still taken for granted. But in contrast to their predecessors a new generation of bakers now feels completely free in their creations from any political or philosophical missions. Peter Klann is one of this trend‘s pioneers, picking up on all kinds of traditions wordwide in a multicultural way, often inspired by people who come to work with him or immigrant Berliners. Next to his trademark Rundling, on the shelves of his Soluna bakery you’ll find English scones and petits pains obscures with bay leaves from Provence next to Swabian Dinkelseelen, large breadsticks made from spelt and sprinkled with salt and caraway seeds.

He calls bread his Seelenthema, soul-theme – bread is at the center of our culture. Soluna, which opened in 2005, is a start-up business, a bakery with a newly built wood-fired oven in the very center of Berlin with its strict emission regulations. Its customers range from upper middleclass gourmets to students and elderly people whose budget is more than tight, but who are sick and tired of conventional bread. Few of them care about the philosophy behind the loaves and rolls they carry home wrapped in simple brown paper. For them it’s all about taste and authenticity. It’s about the fact that somebody actually bothers to heat an oven with beechwood logs, emptying it carefully after it has reached the right temperature after several hours  and saying: „We have time“, meaning the way he handles flour and dough and bread. In particular with rye bread, Klann deems this essential, whereas many of his colleagues consider it too expensive and time-consuming. He is not particularly interested in the technicalities and theory of baking as such and tries to keep his business as small and varied as possible to avoid the need to deal with things unrelated to baking. He sees his task in „offering people what they can’t achieve themselves anymore, meet their longing for real food.“

A hopeless idealist? Well, he certainly could have an easier life and make more money. But he reminds me of the notion of gross national happiness; the attempt to grasp and implement something you are convinced exists and is important, even if no category yet has been created for it and some people look at you with a mocking smile. Peter Klann calls it the „balance between love and food.“

Wherever you are now, Seelenbäcker, thank you. 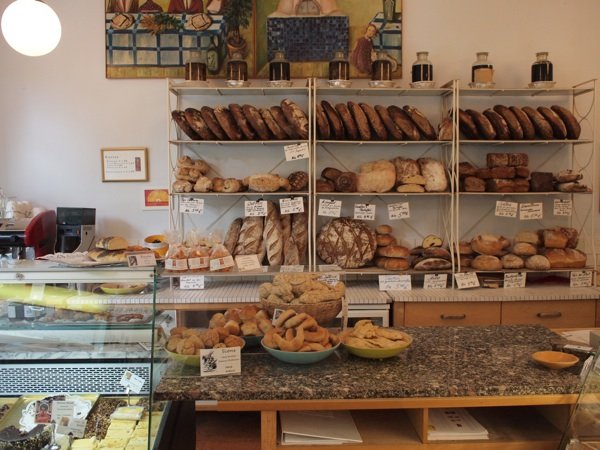