Is yogurt cheese? Not really, rather a kind of pre-cheese. Nevertheless, at least as far as this passionate turophile (reminder: turo-phile, cheese-loving) is concerned, it is indispensable. With a spoonful of jam and a few walnuts in winter (when darkness often makes me crave for sugar), with some sliced cucumber und tomatoes, salt and a dash of olive oil in summer it is my perfect lunchtime sustenance. 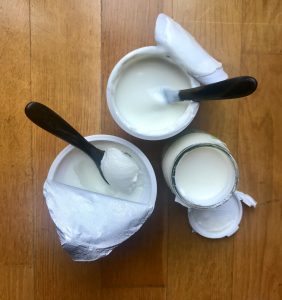 Yogurt is extremely versatile, refreshingly acidic, uncomplicated, healthy and has a long shelf-life… and comes in so many versions, from so-called thick and creamy Greek, to the salty-sour Turkish ayran drink and all kinds of qualities between and beyond. The difference of sheep’s, goat’s or cow’s milk influences it as much as is the case for cheese. Industrially and mass-produced it can be nice, but really good milk individually set in glass jars often makes for a much more exciting, complex product.

Individually set in glass jars? How do you make yogurt, really? As all fermented milk products with the help of lactic acid bacteria that transform milk sugar (that is lactose) into lactic acid an ancient process we tend to refer to as fermentation and think of as hipster and cool. This not only makes the milk much more digestible but also causes the casein, milk’s main protein, coalesce into a kind of network instead of splashing around individually in the white liquid – it curdles. For yogurt the milk is first heated to around 90°C (to include the other protein type, albumin, into the networking process) and then cooled down to body temperature. A little ferment is added (most simply some finished yogurt) and then all that’s needed is to maintain the milk for a few hours at a stable, cuddly temperature, for the bacteria to feel relaxed and be active. 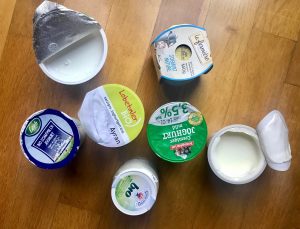 Lactic acid bacteria, however, come in an immense variety. Before the standardisation and industrialisation of food production those different cultures were “selected” and shaped by the conditions of a certain place. So in the Caucasus region, commonly regarded as yogurt ur-country, kefir became the standard, in Iceland it was skyr. In Germany we had Dick- and Sauermilch, clabbered milk, and yogurt as such was only introduced in the 19th century. Back then it was defined by Lactobacillus bulgaricus and Streptococcus thermophilus cultures which make for a rather prominent acidity in the finished product.

Today, in general, milder cultures are used and for commercial brands skimmed milk powder is added for a thicker texture. Taste, character, expression – well, see above. But really good yogurt does not necessarily need to be set in individiual glass jars (which qualifies it for the German expression stichfest). With excellent milk and the right cultures you can make large quantities, stir, bottle and still end up with a very good product. So-called Greek yogurt is made from either adding some cream to the milk (which reflects the traditional use of much richer sheep’s milk in the Mediterranean) and/or drain some whey from the yogurt to thicken it. The latter process is also used to make skyr, for which a small amount of rennet is occasionally used (the curdling agent involved in the making of most cheeses). Skyr, as so much in real life, breaks alls the categories and represents a triple balancing act between yogurt, quark, and cheese. 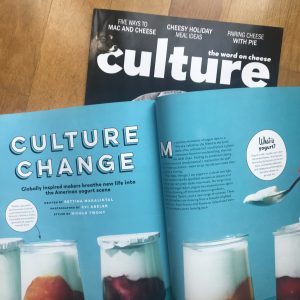 If you now wonder about probiotic and healthy and all that, which for some of us seems to be particularly important at this time of the year – fermented milk in general is good for your gut, period. And because your mind needs nourishment too, here is some turophile reading material: the American magazine Culture – the Word on Cheese. It is a quarterly, and yes, it is quite focussed on the American cheese scene. But first, not exclusively, second, there is so much fascinating and important stuff happening, and third, to my knowledge there is nothing comparable here in Europe so far. A magazine completely focussed on cheese and addressing everybody from farmstead cheesemakers to turophile cheeselovers – cheesio! I wish you and us a year full of exciting, inspiring cheeses and encounters and thank you for continuing attention, company and support. 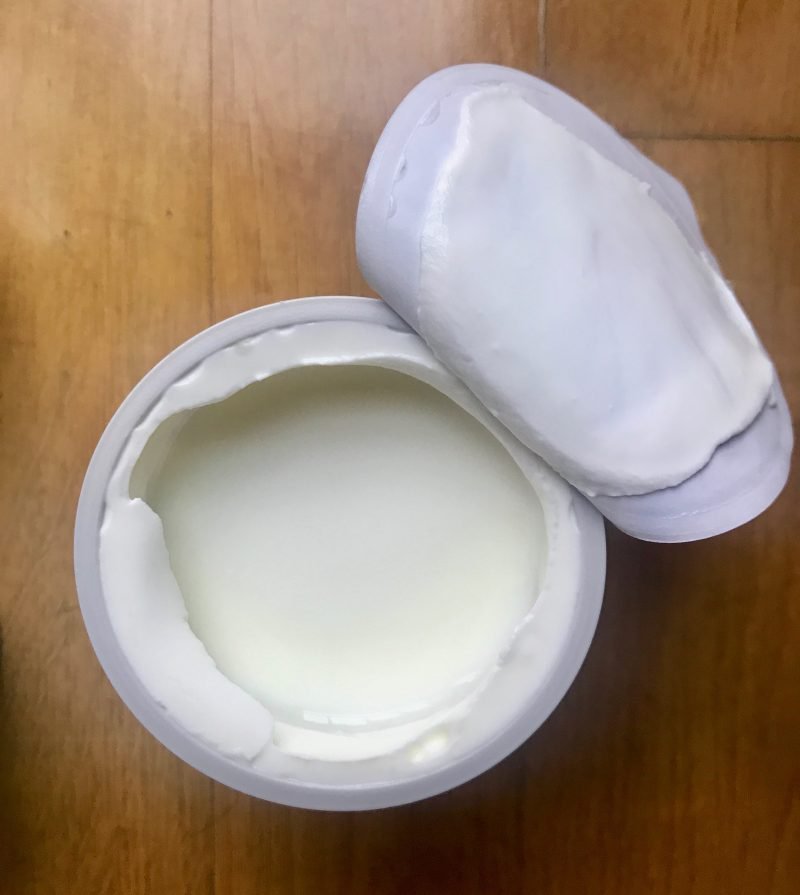