Istanbul, the wonderful crazy city on the Bosporus, always reminds me a little of India: anything seems possible (almost). On my last visit in early June, when I mentioned the word cheese, Aylin Öney Tan, the extremely well connected food expert and columnist, took me to Cankurtaran Gida at the spice bazaar. In the narrow store the kingdom of heaven really is full of sausages and honeycomb and the cooling shelves showcase Turkey’s best cheeses. 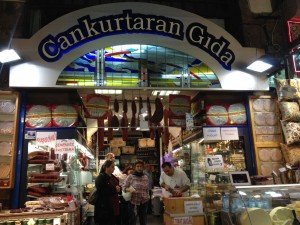 One after the other were explained and offered to me. Amongst them a few small, tangy chunks: “Tulum”, said Aylin, “means bag or sack, and it stands for one of the most traditional Anatolian cheeses. Salted and drained curd matures in a cleaned and seamed up goatskin.” It was a little rustic, quite salty, but had lots of character, that sheep in a goatskin. “This one comes from Erzincan, far out in the east, near Elâzıg.” I’ve been in that region, Öküzgözü, my favored Turkish red wine grows in that rough landscape and would without any doubt be a great match for the cheese. However, Aylin went on, the best Tulum, comes from Divle, about 100km as the crow flows from the coast in direction of Konya, the city of the dancing dervishes. It tasted completely different and ripened in caves. It would be difficult though to get hold of it at that time of the year. But only a few hours later I sat with  two other power women, Neve Biber und Berrin Bal Onur from Antregourmet, in front of a large selection of cheeses. Amongst them… Tulum from Divle! 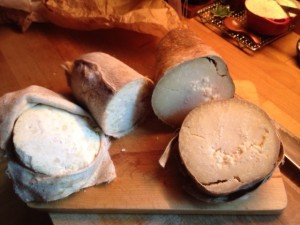 Certainly very different, a hard cheese that wasn’t at all dry and reminded me of the best farmhouse Cheddar from Somerset. It gets its somewhat flaky and crumbly texture from the salted drained curd repeatedly being pressed into cloth bags and broken up again, until it finally is matured in the goatskin. This specimen was over a year old, with an aroma that reached from hazelnut butter to caramelized garlic, the taste complex and lingering on and on… thou shalt be praised, oh gods of cheese! Berrin showed me pictures of how the rugby ball-sized cheeses are stored in the caves, up to 50m deep sinkholes in a limestone plateau. In the humid air, first white, then blue and finally red mould grows and colors the goatskin; the cheese inside stays free of any mould. Divle Tulum is often compared to French Roquefort, but their only similarities really consist of being produced from sheeps’ milk and matured in a cave. In October, or November at the latest, the caves where the temperature hoovers just above zero degrees Celsius in the summer, warm up too much for the cheese, whereas sheep and shepherds start feeling cold on the high-lying pastures and therefore proceed to their winter locations, loaded with cheese that is perfectly suited to their nomadic traveling. 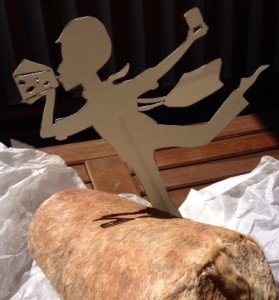 Perfectly suited for traveling: yes, that was  my cheese. But the question where I could possibly buy one until my departure the next day was met with embarrassed silence. However the great gods of all things cheese still seemed to be well-disposed towards me: that night Aylin and I went for a glass of wine to a reception held at the supercool roof restaurant Ferahfeza in the Karaköy district where the infectiously bubbly Gamze Ineceli (a former performance dancer in NYC!) acts as consultant. Not only did she surprise me with my old crush Öküzgözü, but also served with it – guess what? Tulum from Divle. Perfect combo. To cut it short: when I checked out of my hotel the next day, the red-haired cheese beauty was waiting for me, to accompany me to the next HeinzelCheeseTalk. Praise and a cheesy hallelujah!

24.06.2021 19h Kitchen Table Celebrating 40 Years: Memories and Visions of the Oxford Food Symposium We’ll look back to the very first visionary gatherings at St Antony’s and hear the memories and stories of our 40 year-long journey, on to last year’s spaceship that was the VSymp. Share your own reminiscences!

09.-11.07. and through to August 1st this year’s topic at the (virtual) symposium is Food and Imagination. Join us!

Listening to a livestream from the Bach festival i

Hooray - one of my favored affineurs updated their