I really should be busy at completely different stuff, but an article about dry German riesling in the New York Times just made me push everything to the side. Let me first be clear about one thing: I appreciate any attention German wine gets and I am happy for anybody to discover it his or her way. Well, almost. Because what I don’t like at all (and would have thought Eric Asimov, for whom I have a lot of respect, would have known better) is bringing out the same old, tired lines yet again… 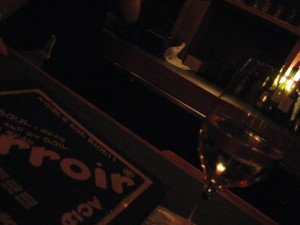 So, here we go: “The knotty issue of German wine nomenclature… one day in the distant future, German wine labelling rules will be easy to follow…” Sure, just as easy as anywhere else, such as France, Italy, the world! But what really got me was a quote from Terry Theise, one of the US leading importers of German wine (who definitely should know MUCH better!): “The omnipresence of dry wines within Germany is a dubious example of this country’s temptation to do things in large, implacable blocs.” He then tops this, likening German rieslings to “a highly invasive species that wants to swallow up every other style.” And is immediately seconded by Asimov (this seems to be an elderly guys’ bonding thing): “The stranglehold of dry riesling on the German wine-drinking public is so fierce that, as Mr. Theise and others have noted, the delicately sweet style of German rieslings  may survive only because small but vociferous blocs of wine lovers  outside of Germany prize it so.” However, contradicting himself, he says somewhat further down: “Few other dry rieslings capture a sense of a place with as much crystalline precision and delicacy as Germany’s do.” Ah. After real (and well deserved) praise for some very good wines (my personal favourites being the 2011 Dönnhoff Dellchen GG and the  2011 Emrich-Schönleber Mineral Trocken), he concludes, back in whining mode: “One day in the distant future, German wine labelling rules will be easy to follow, and the dry and sweet styles will coexist in blissful harmony. Until then, we willl muddle through and hope for the best.”

Guys, GET OVER IT! We Germans appreciate your continuing missionary efforts of saving us from our own, inherently evil tendencies, but WAKE UP! Get real! You can HAVE BOTH, and actually, no matter what Terry tells you, both styles are being produced – and lots in between… And here is another secret (know the great Leonard Cohen’s Tower of Song? It’s that easy): You may fall for both brunettes and blondes without knowing what their shade of haircolour is actually called. Forget too complicated, too dry, not dry enough, whatever… Just drink and enjoy, embrace life! Which, by the way, tends to be like wine: complicated, illogical, sweet and dry, dark and shining – in short: wonderful.